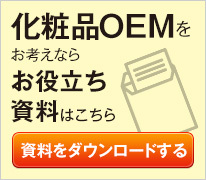 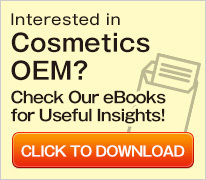 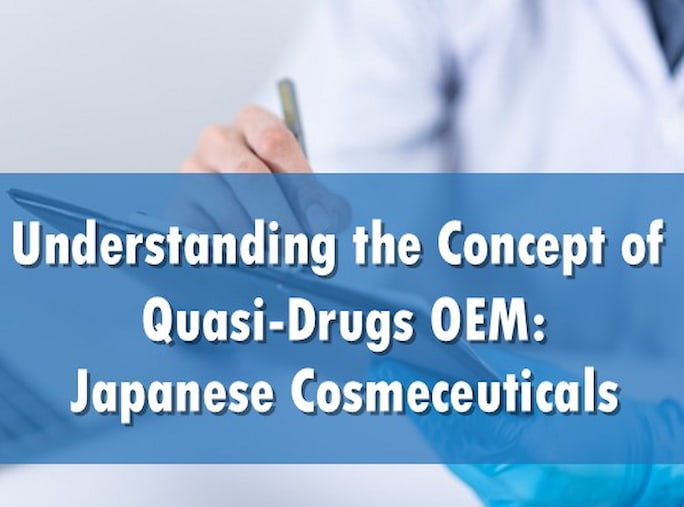 If you are shopping for cosmetics in Japan, you will notice that some products have the word “医薬部外品 (Iyakubugaihin)” or “薬用 (Yakuyou)” printed on the packaging.

This means these products are registered and recognized as quasi-drugs, which differentiates them from regular cosmetic products.

As this term is foreign to the western world, we often get asked about this by our clients from overseas.

In this article, we will be trying to explain what quasi-drugs are and how they differ from cosmetics.

Quasi-drugs are products that fall in between cosmetics and pharmaceuticals. In other countries, a similar term would be cosmeceuticals.

However, quasi-drugs are very different than cosmeceuticals in considerable ways.

First of all, cosmeceuticals have no legal base as there are no legal requirements to call a product, which often leads to criticism.

On the other hand, quasi-drugs are products with formulations that are recognized and licensed by the Ministry of Health, Labour and Welfare in Japan.

In a simple definition, they are products that are not as “strong” as drugs (pharmaceuticals) but their efficacy is recognized by authorizing constitutions.

The Differences Between Quasi-Drugs and Cosmetics 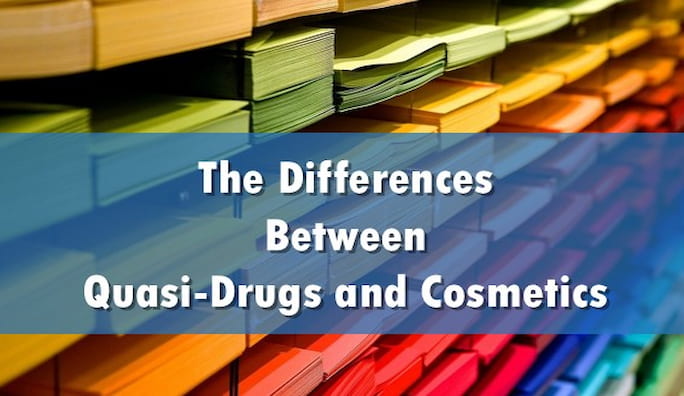 In Japanese Pharmaceutical Affairs Law, “cosmetics” are products that aim for efficacy in cleansing and moisturizing properties. Cosmetic products have a very limited range of claimable effects.

On the other hand, “quasi-drugs” are products that may contain ingredients with recognized effects such as whitening or skin correction. They allow the sellers to openly make these efficacy claims.

In short, the biggest difference between “cosmetics” and “quasi-drugs” are these officially recognized active ingredients.

The Differences Between Drugs and Quasi-Drugs

Drugs (pharmaceuticals) are meant for healing and strong correction effects. Quasi-drugs have certain limitations as to how much of an ingredient can be added to the formulation. Therefore, they are not nearly as aggressive as actual drugs.

Pros and Coins of Quasi-Drug OEM 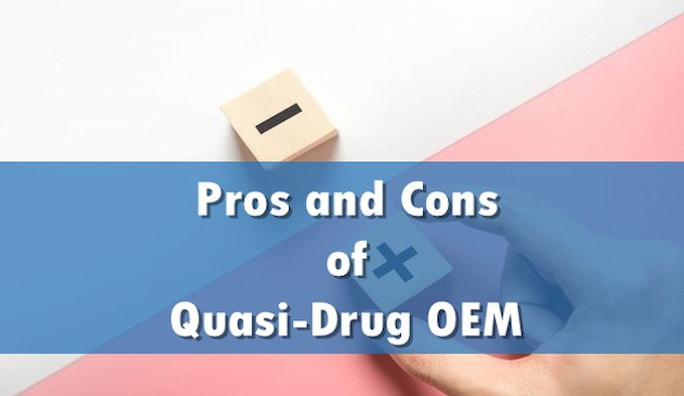 Based on what was written up to this point, some readers might get the idea that quasi-drugs are ultimately better than cosmetics in all aspects.

Even though they have their upsides, they indeed have their downsides too which is why not everyone wants to produce quasi-drugs.

We will break down the pros and cons of quasi-drug OEM in Japan.

We think below are the 2 most important pros that come with quasi-drug OEM.

This is probably the biggest difference between cosmetics and quasi-drugs.

For instance, in the case of shampoo, a quasi-drug could be sold under the claim of “preventing dandruff and itch” where a cosmetic product could say “decrease” at most.

Also, quasi-drugs are the only products that can openly be marketed as effective for “whitening” and “hair growth” in Japan.

2. Not required to display the full list of ingredients

Cosmetic products are required to display all of their ingredients on the packaging. On the other hand, rules are much looser in the case of quasi-drugs as the seller can omit many preservatives such as parabens, etc.

Also, cosmetic products are required to list ingredients that are concentrated 1% or higher in the order of concentration. Quasi-drugs have complete freedom here as they display active ingredients on the top.

Quasi-drugs can be tempting for many reasons but there are also many reasons why so many people do not prefer proceeding with them.

These are the 2 main reasons we can think of:

Each formulation needs to be approved in order to be sold as quasi-drugs.

This application period averages from 6 months to 8 months.

As for the costs, necessary applications and tests require a capital of up to 1,000,000 JPY.

In the case of quasi-drugs, there are strict guidelines in terms of what ingredients can be added and whatnot. In addition, concentrations of active ingredients are determined by those guidelines.

This makes it difficult to create differentials with the product formulations. 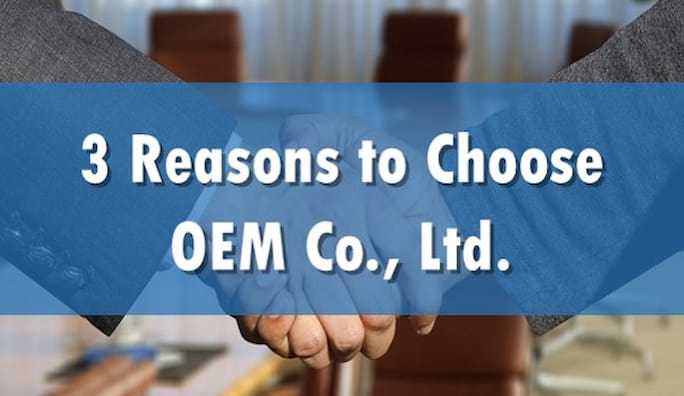 We would like to introduce the 3 points why we think we could be a good partner to produce quasi-drug products with.

In OEM Co., Ltd., we have been manufacturing hundreds of different quasi-drugs since our company was founded.

As we are a fabless company, we have access to and produce hundreds of different quasi-drug formulations.

We always take pride in our ability to produce products in low volumes and this is not only limited to cosmetics, as we can do this for quasi-drugs as well.

Although quasi-drug MOQs tend to be higher than cosmetic products, we believe our MOQs are considerably lower than the market average. 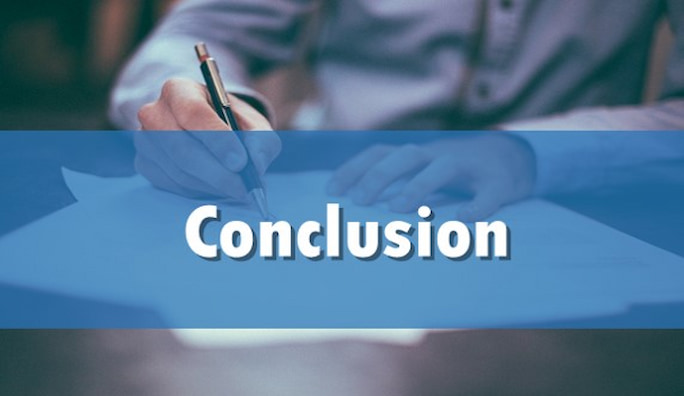 In this article, we introduced the concept of quasi-drugs to those who are unfamiliar.

Even though this concept is difficult to market as a strong point in foreign markets, we believe it is important to understand the structure of the cosmetic market in Japan.

Please feel free to contact us if you would like to know anything regarding cosmetics or quasi-drugs.